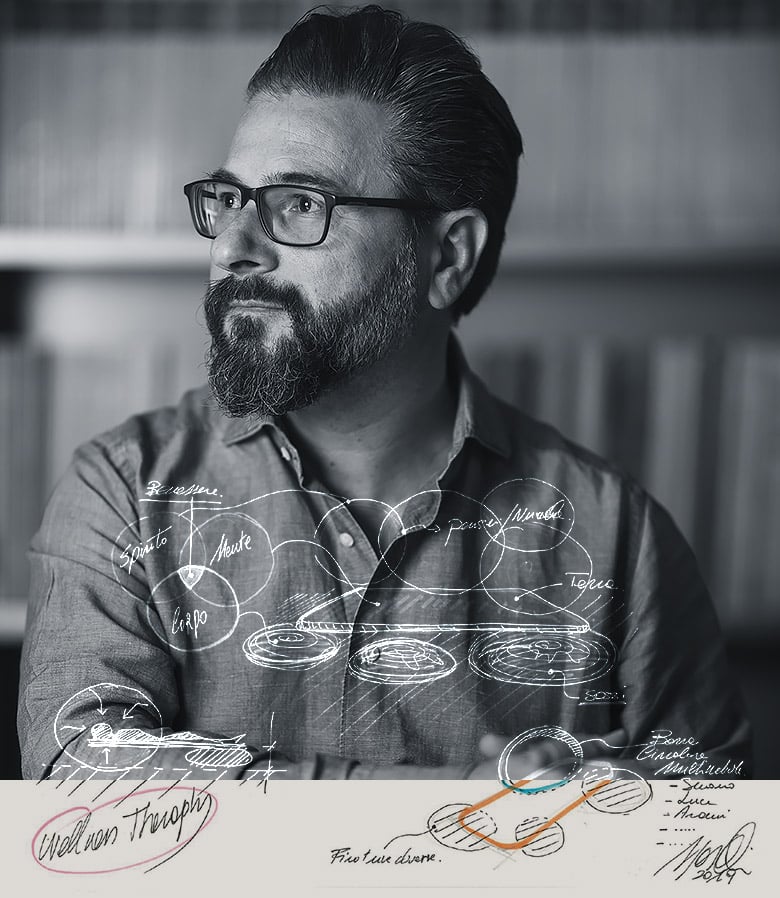 Alberto Apostoli is considered among the most important professionals in the Wellness sector at an international level. His multidisciplinary activity is expressed in different areas: consulting services, architecture, interior and product design. He works in Italy and all over the world, for public and private customers and for companies. The approach to the design of Alberto Apostoli represents a real manifesto of the architecture of well-being. It is the latter, in fact, that guides the development of all his activities, in the wake of an unequivocally Italian uniqueness, where the millenary sense of beauty, the luxury never shouted and the vocation to customization meet innovation. Alberto Apostoli, through design, popularization and teaching, interprets well-being according to a creative thought free from formalisms and aesthetic sophisms. Awarded and published in many countries, Alberto Apostoli is an ambassador of a “Made in Italy” that turns into new paradigms of doing architecture and design.